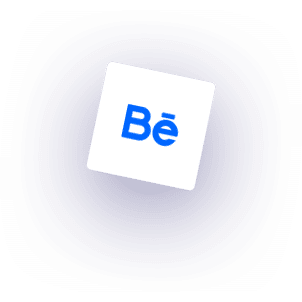 I say “got screwed” because I was actually pretty good at buying and selling homes but I wasn’t very good at not getting ripped off by the lawyers that were holding my money. It was the winter of 1994 and I was going to go to new places in real estate. I was going to the places where people make money beyond the commission checks. I was betting large and rolling the big dice. It was beautiful because I had not been able to sell some of the foreclosures in my area fast enough so I started buying them myself. They were good deals and if I could not convince anyone other than myself, so be it.

I was up to about two houses a month and it was good. I was making about ten thousand a house and I was on a bit of a tear. Buy, advertise, fix and sell. No money other than what I borrowed against the equity. No pushing people to sign contracts before we were out of time and someone else got it. In some ways it was actually easier than pure sales. If anyone wants to learn how just ask?

That was all until my lawyer stole all of my money and said that I owed him more. Yeah…a lawyer! The guys that when I was a kid would save the day. Perry Mason and the other TV lawyers were men of principle and wanted to help people with nothing more than the truth and their oath.

Those ideals were crashed the day the old gray-haired lawyerly type, straight out of a back lot in Hollywood wrote me an invoice instead of a check.

I can go on about that forever. It was Christmas. I had just gotten on my financial feet. My girlfriend was not impressed. I was humiliated…and so forth.

But the lesson was that my girlfriend brought me a phone and put it in my lap when I was at the bottom of the well. I was ready to get a job at the local parking garage and just stop trying. Then wham! The phone is in my lap. She says “Make some calls” and she hands me my lead book.

That was the best thing that woman ever did for anyone. It was as if she was saying. “I know you can do this. You know you can do this. You got screwed. Get over it” I hit the phone that night for the first time in a week. The next day I was showing homes and getting back to building my future in real estate. Not complaining about the time I got screwed. Not working at the parking garage. Doing what I knew I could do. Capitalizing on my natural ability to talk to people. Get to know them and help them meet their goals with nothing but the truth and my oath.

Okay that last bit was corny but the story is true and I will tell it in more detail in a follow-up.